As stipulated on the Law no. 40/2007 and OJK Regulation No.33/POJK.04/2014, all public listed companies are obliged to have a Board of Commissioners. This board is responsible for overseeing the performances and policies conducted by the BOD. The policies made must be relevant to the material issues, the prevailing laws and regulations, the GCG principles, and the CSR programs.

In performing its duties, the BOC is responsible to the GMS. This responsibility is the implementation of accountability aspect in regard to the GCG principles.

In carrying out their duties, the BoC adheres to the BoC Charter that serves as the guidelines for their duties and responsibilities. The BoC Charter was formulated according to the company’s Article of Association, OJK Regulation No. 33/POJK.04/2014 on the Board of Directors and Board of Commissioners of Issuers or Public Companies, and the GCG principles. The BoC Charter specifies matters concerning the BoC’s structure, composition, candidacy, duties and responsibilities, and meetings, in addition to the Code of Conduct.

The BoC Charter was effective since March 2015 and it is reviewed periodically based on GCG principles, capital market rules and regulations, and other applicable provisions.

In accordance with OJK Regulation No. 33/POJK.04/2014 and the BoC Charter, independent commissioners must meet the following requirements:

As of the end of 2018, no Commissioner served as Directors and Commissioners in more than two other public listed companies as stipulated in OJK Regulation No. 33/POJK.04/2014 and the BoC Charter.

Duties, Responsibilities and Authorities of the BoC

The BoC is responsible for overseeing the company’s policies and activities carried out by the BoD and ensuring that executions are in-line with the GCG principles.

Commissioners shall carry out their duties and responsibilities in good faith, with responsibility and prudence, and putting AE’s best interests above other interests as stipulated in the BoC Charter.

The BoC is authorized to temporarily discharge members of the BoD by stating the reasons and perform executive functions of the company for a certain period in accordance with AE’s AoA. The BoC is also authorized to establish the Audit Committee and other committees if necessary and evaluate their performance at the end of the year.

Throughout 2018, the BoC has approved AE’s annual work plan, approved the distribution of interim dividends proposed by the BoD, evaluated the audit conducted by the Public Accounting Firm, determined the amount of honorarium for the Public Accounting Firm along with other terms, determined and approved the honorarium or salary and other benefits for the BoC and the BoD, evaluated AE’s operational and financial performance together with the BoD and monitored the latest market developments.

The above duties and responsibilities have been reported to the AGMS held on 23rd April 2018 and have been approved by the shareholders.

The BoC Meetings and Decisions

As stated in AE’s AoA, OJK Regulation No. 33/POJK.04/2014, and BoC Charter, the BoC holds meetings at least once in two months and at any time necessary. The BoC is also required to have periodic meetings with the BoD at least once in four months.

The BoC meetings for the year are scheduled at the beginning of the year. The materials of the scheduled meetings are distributed before the date of the meeting.

A BoC meeting is considered valid and binding to make a decision if it is attended by more than 1/2 (one half) of the total members of the BoC or their proxies. Meeting decisions are decided through deliberation to reach a consensus. However, if a decision is not reached through deliberation, the decision is made based on majority votes. All strategic decisions require an approval from the BoC and BoD before being executed. The BoC meetings are minuted, including any dissenting opinions. 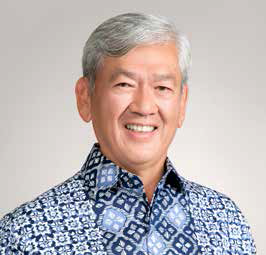 He is one of Indonesia’s leading businessmen with a solid track record in various industries. He obtained a bachelor’s degree in Business Administration from the University of Southern California in 1974. After spending 15 years with Astra from 1978, he left Astra as the Vice President Director in 1993. In 1998, he and Sandiaga Uno founded Saratoga Capital, an investment company diversified into mining, infrastructure, oil, gas, toll roads, plantations, automotive, ports and cruises.

As at 31 st December 2018, Edwin Soeryadjaya had an affiliated relationship with the controlling shareholders of PT Adaro Energy Tbk.

He started his career at Astra in 1968 after graduating from the Bandung Institute of Technology with a degree in mechanical engineering. In Astra, he held senior and executive positions in Astra, including President Director, President Commissioner, and Commissioner until 2005.

As at 31 st December 2018, he was a member of the Supervisory Board of Adaro Bangun Negeri Foundation. 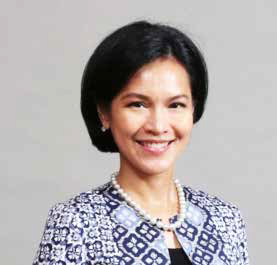 Arini Saraswaty Subianto, 48, an Indonesian citizen, was appointed as Commissioner of PT Adaro Energy Tbk based on Deed No. 228 of 26th April 2017.

As at 31 st December 2018, Arini Saraswaty Subianto had an affiliated relationship with the controlling shareholders of PT Adaro Energy Tbk. 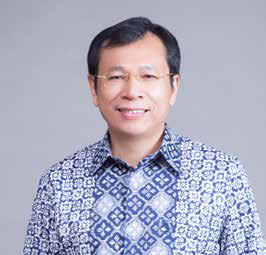 He earned a chemical engineering degree from Bandung Institute Technology in 1984 and a doctorate in economics from Boston University in the United States in 1995. Upon graduation, Raden Pardede founded the Danareksa Research Institute, a pioneer on early warning indicators, consumer confidence index surveys and business sentiment indexes. He served as the Chief Economist and Division Head, and the Executive Director from 1995 to 2004.

He was Vice Co-ordinator of the assisting team to the Indonesian Minister of Finance from 2000 to 2004. In 2010, he co-founded Creco Consulting with former Finance Minister Chatib Basri, and its Managing Partner as of 31st December 2017.

As at 31st December 2018, Dr. Ir. Raden Pardede did not have an affiliated relationship with the controlling shareholders of PT Adaro Energy Tbk. 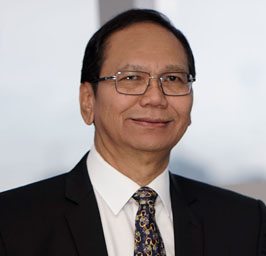 Mohammad Effendi, 65, an Indonesian citizen, he was appointed Independent Commissioner of PT Adaro Energy Tbk based on Deed No. 61 of April 30, 2019.

He started his career at Unilever Indonesia in 1978 after graduating from the Bandung Institute of Technology with a degree in Electrical Engineering. In Unilever, he held various senior and executives position, where in his last 8 years, he was a Supply Chain Director of PT Unilever Indonesia Tbk`s until 2009.

Mohammad Effendi did not have an affiliated relationship with the controlling shareholders of PT Adaro Energy Tbk.